This morning I pause to say Thank You to Bob McGrath for being an inspiration to this very man when he was but a young lonely boy. Bob’s warmth and care gave this little insecure boy comfort through the screen of a television back in 1969. I’ll never forget this tune as it was placed into the soundtrack of my life by this wonderful man. I still sing it to myself whenever I need comfort.

Congratulations Christina!
You have always been and will always be a hero of mine. Thank you for the laughter, the love and the joy. I really do love you!

It’s with sadness that I write that Nichelle Nichols has passed away.

The Star Trek character of Officer Lt. Uhura was one that shaped my view of the world as a child in the 1960s. For me black women belonged as people of responsibility who made things work, all because of her. She was not only part of, but important . She was there in front of me every week in a show I idolized. I had no idea that women of color weren’t actually equal in any way at the time as I was too young. Therefore her character shaped this young white boy’s view of the world toward equality and acceptance. For that I am grateful.

For many people, especially those of color, she was an inspiration at a time of oppression and segregation.

I had the honor of meeting her in person at Comic Con in 2018. 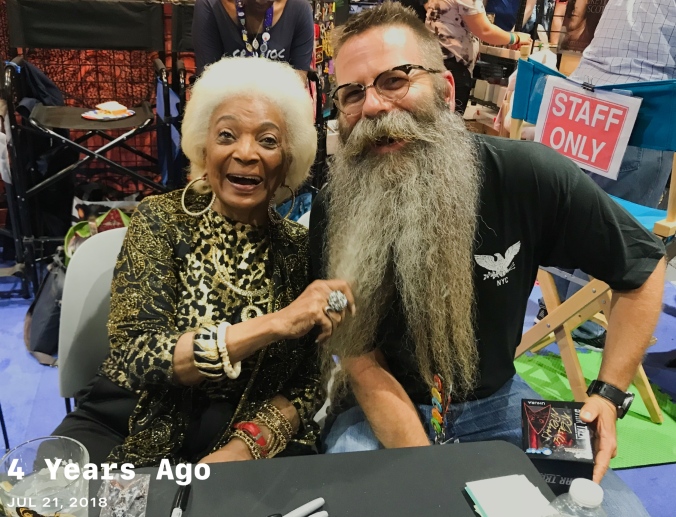 In my hand is a toy called a Pop. It was of her as Uhura and she signed it. I treasure it and this photo today. As you can see we shared a moment of joy together. Her support staff was so taken with her obsession with Fearsome they even took photos with their phones for themselves. We were all laughing as she tugged on him. Her presence uplifted me that day and I’ll never forget the moment. She was truly a beautiful woman with a beautiful soul.

Nichelle, thank you for shaping a generation toward betterment. You’ve left behind a legacy that will not be forgotten as you have given inspiration to millions. 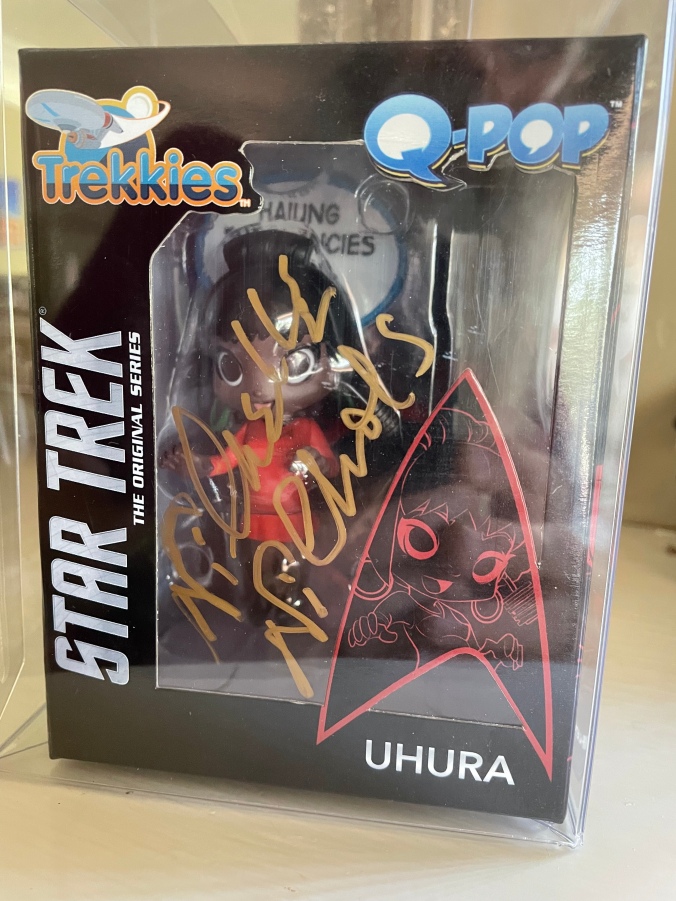 I found this clip very inspiring. I appreciate The Kilted Coaches for being courageous enough to be truly open, honest, authentic and vulnerable. I hope it makes your day as much as it made mine.

One of my inspirations passed away yesterday.

Dusty Hill the famously bearded bassist of ZZ Top passed away at 72 years of age 7/28/21.

ZZ Top formed as a group in 1969 with the current configuration of Billy Gibbons, Frank Beard (the non bearded drummer) and Dusty Hill performing together continuously since 1970. Here is a classic from 1971 that shows the raw talent and depth of this trio.

The last recorded performance is this one from not quite two weeks ago.

Thank you Dusty for the incredible tunes and the Bearded inspiration. Godspeed. 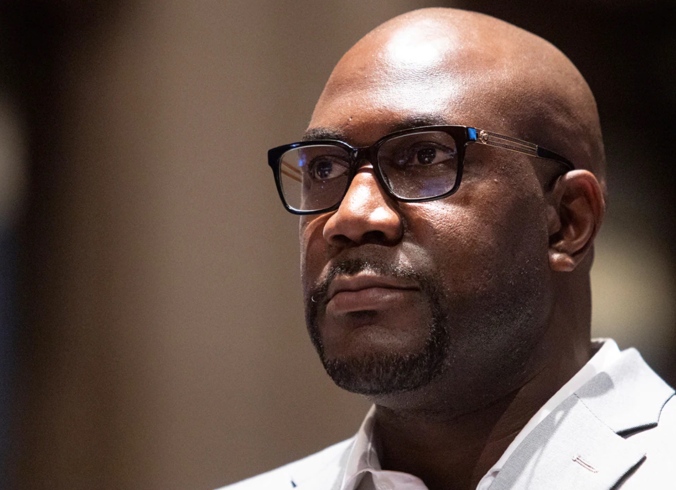 A treasured reader asked us through the comments the other day how we were doing post surgery. I appreciate his concern and appreciate even more his gentle nudge to open myself up and express myself more. I’m grateful to be part of a blogging community that is just that…community, a community that cares.

We are doing well. Fearsome survived uncut and unscathed. I got both scoped and cut.

The surgeon cut in order to open the top of the shoulder large enough to remove the rather large cyst that had developed on top of my right AC Joint. He then scoped into the AC joint and removed the end of my clavicle in order to clean out the arthritis that had caused the cyst to develop and then took a look at my bicep tendon as well as my rotator cuff. Both the rotator cuff and bicep tendon were in good shape so I got away with just a cyst removal and the clavicle clean up.

Pain has been tolerable and I am doing well as long as I don’t really do anything. So do nothing right now is the key I have discovered. Stitches come out this Thursday and I’ll be able to finally shower. Physical therapy will begin April 15th.

So during my do nothing time I sleep and I watch films. I also indulge in YouTube clips and just found this one. I’m not a religious man but I do enjoy a well performed gospel tune. Oh honey… is this performance fabulous. It’s truly a work of art that moved me to tears. I hope you enjoy it as well.

What a wonderful way to spend day 1 recovering from shoulder surgery than finding kind, supportive and uplifting words from the leaders of our nation,

I am grateful to our leaders for standing up for love, acceptance and diversity.

Saw this in my news feed this morning. Gives me hope.

I love when my day starts with a brand new Manila Luzon video and today was one of those fabulous days!

I was kind of running late this morning, but when I saw this had just dropped into my YouTube feed I threw all caution to the wind and just clicked play. Manila didn’t let me down.

President Biden has hit the road and he’s a rollin’.
Let’s keep the steam pumpin with not one, not two but three wonderful versions of a Fearsome favorite, Proud Mary.

Keep on rollin’ Joe. You are doing a good man’s work and we support you.

We here at Fearsome Beard the blog thingy believe in recognizing and even promoting those who we feel are working not only to improve themselves but the world around them.

Yesterday we had the honor of witnessing a break out moment for a rising star of our future. We were so moved by Amanda Gordon that the moment we could find a clip of her poetry reading on YouTube we posted it. Today we learned more about her from Anderson Cooper. We hope to learn lots more about her in the future as we watch her rise into a leader. A leader worth listening to.

She gives us hope.

I’ve been saving this famous clip of Judy & Barbra just for today.

Congratulations President Biden and Vice President Harris. Thank you for your service to our country. The world breathes a sigh of relief. 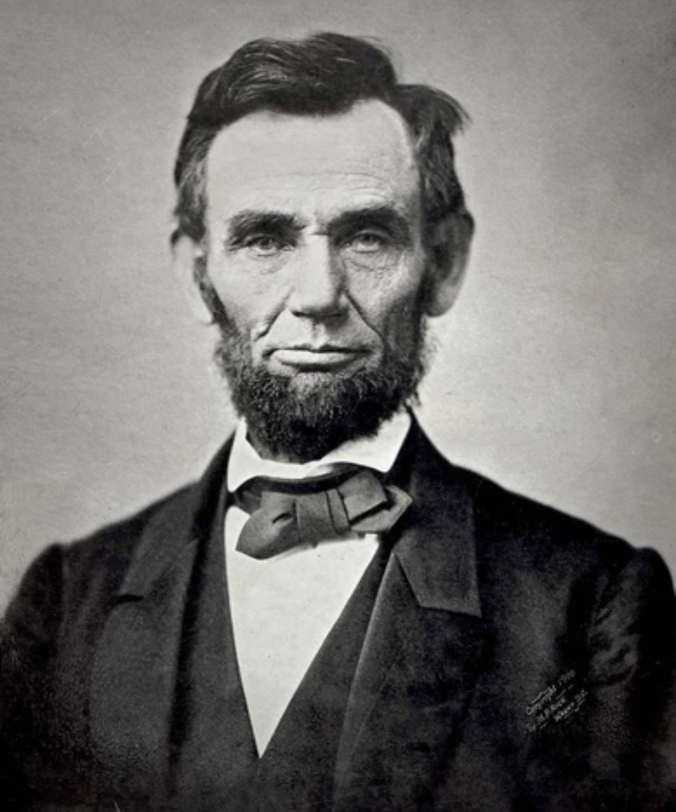 Today we pause to remember. Today we remember, to be inspired.

It was worth my time, hopefully it’s worth yours.