Look what you made me do…

Yeah bitches that what you made me do.

Well if you ain’t, you oughta be. She was, and still is, fabulous.

While what she may have done last year might have possibly been in bad taste, what she did is not illegal and in fact is protected in our constitution. 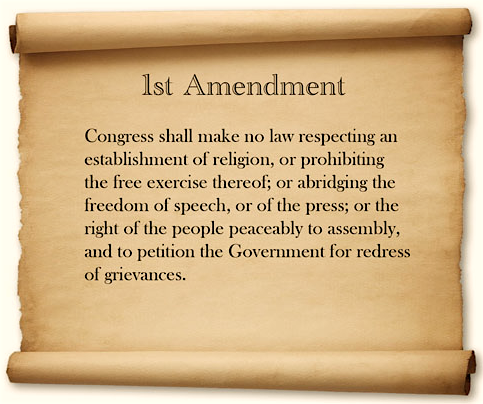 Fearsome is still recovering as he covers my laugh lines. 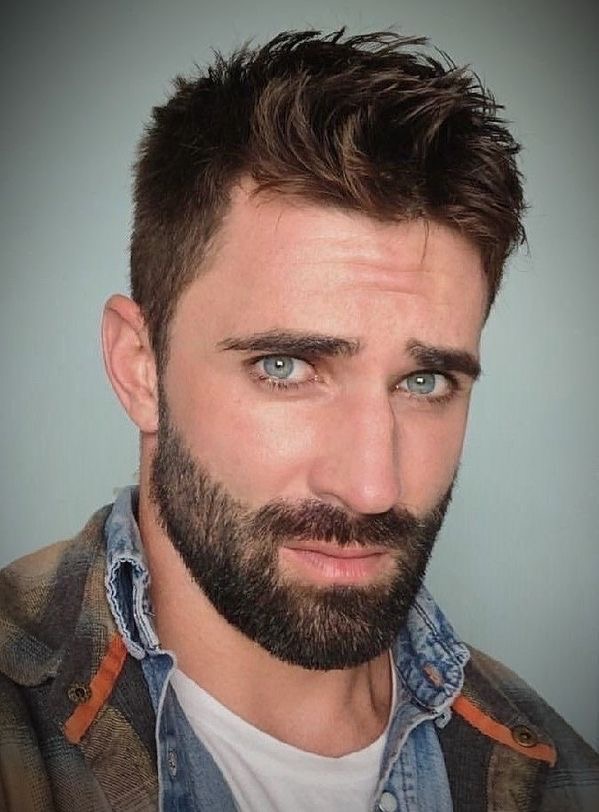 Three recordings of the same tune. Which one is your favorite?

Probably the most well known:

The most intense cover:

Although the Soft Cell cover holds a special place in my heart and will always be a big part of my early adulthood story, the original Gloria Jones version is my favorite.

Fearsome? I caught  him bobbing up and down to Marilyn Manson. I guess you can say between us we like all three. 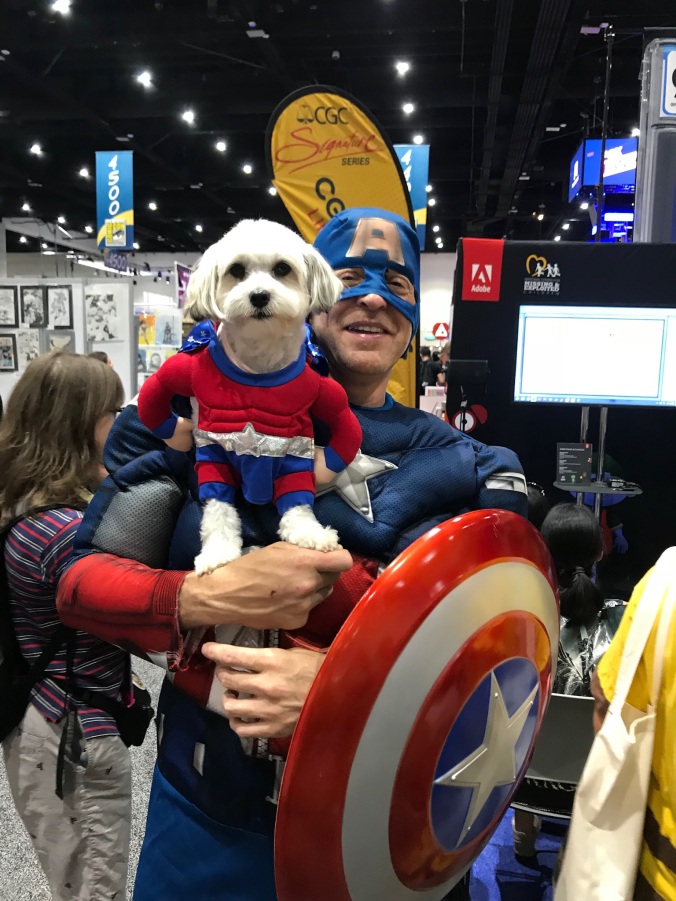 Dog America and his Captain

Fearsome caught between Peter and the Chicken 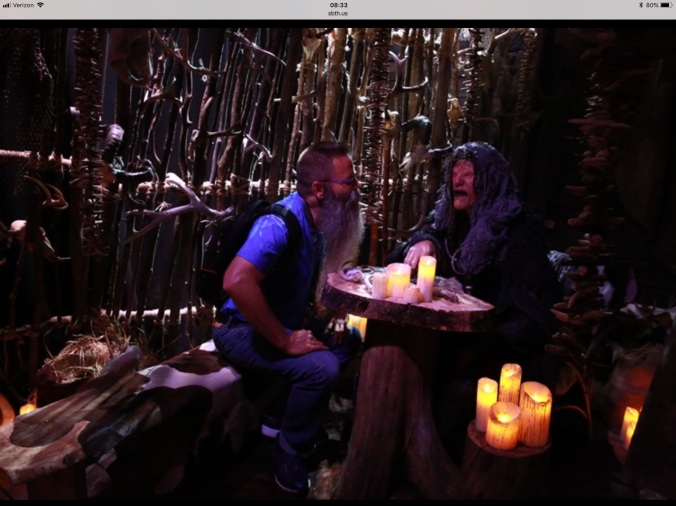 Looks like Fearsome and I beat The Simpsons to their own couch! 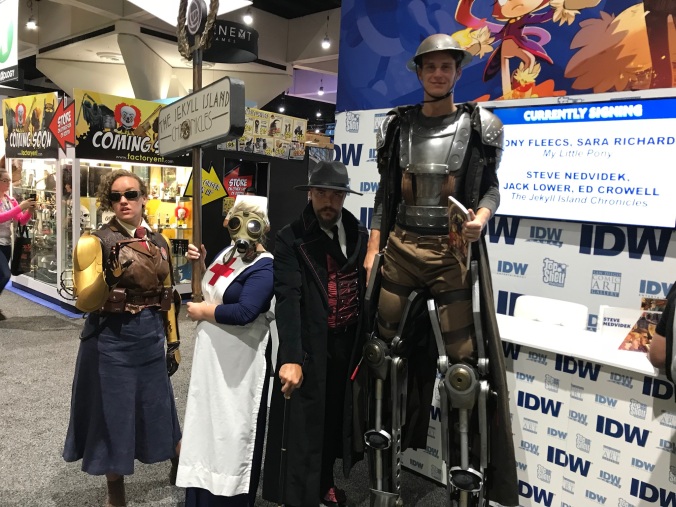 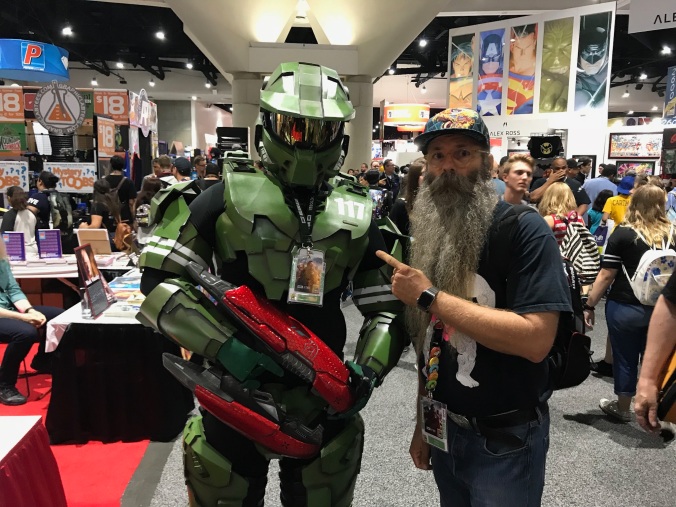 Watch out for this guy

Yesterday Fearsome and I had the privilege and honor to meet and talk to television groundbreaking inspiration Nichelle Nichols, AKA Lt. Uhura of Star Trek. 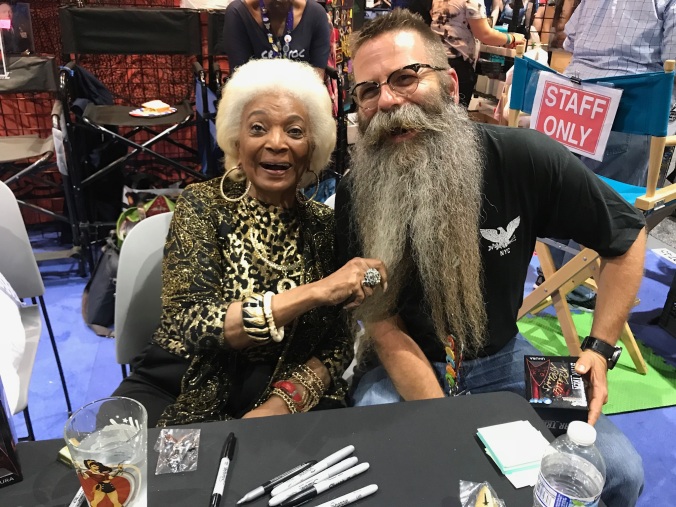 Turned into a pull 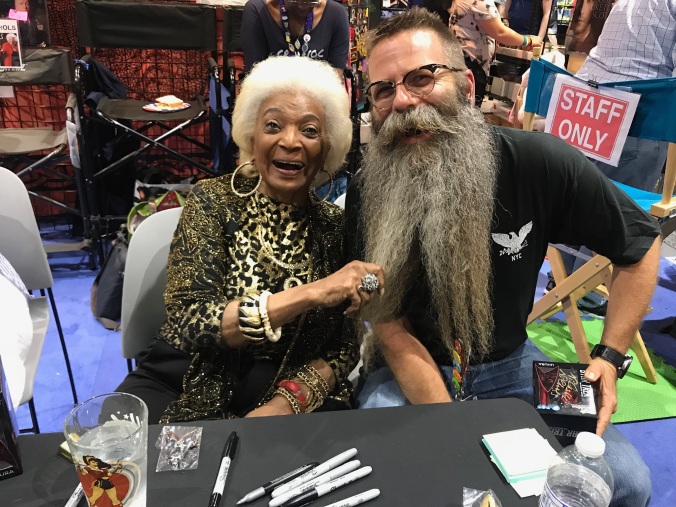 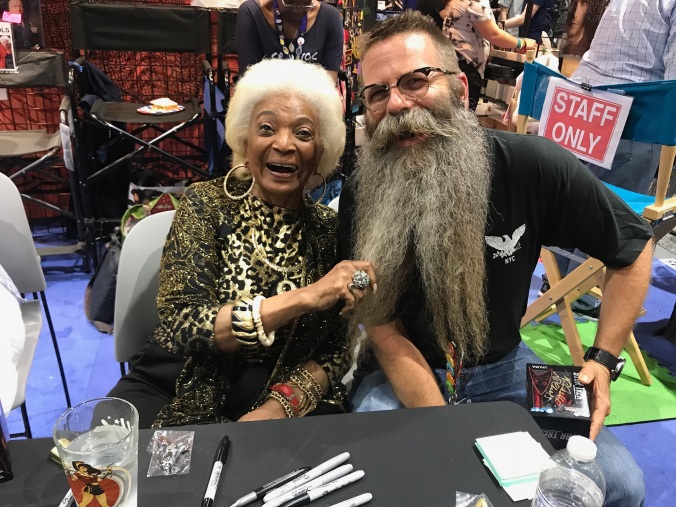 By now we are both laughing hysterically as is her assistant

Another pull and more laughter

A Tug and then 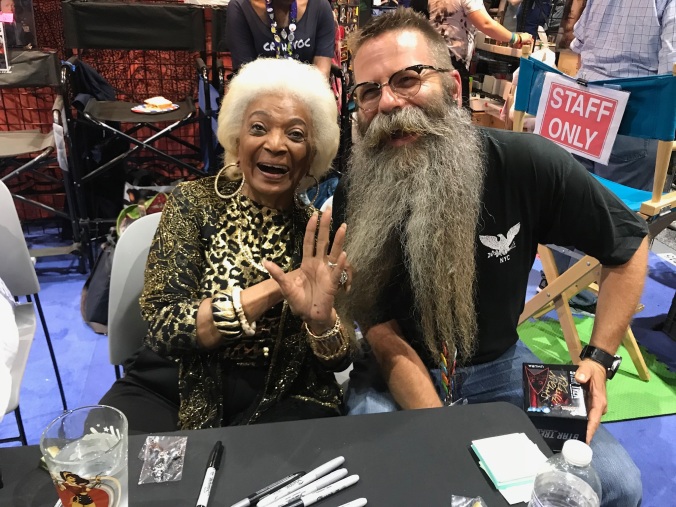 Her other hand begins to rise

A Vulcan Salute with a tug 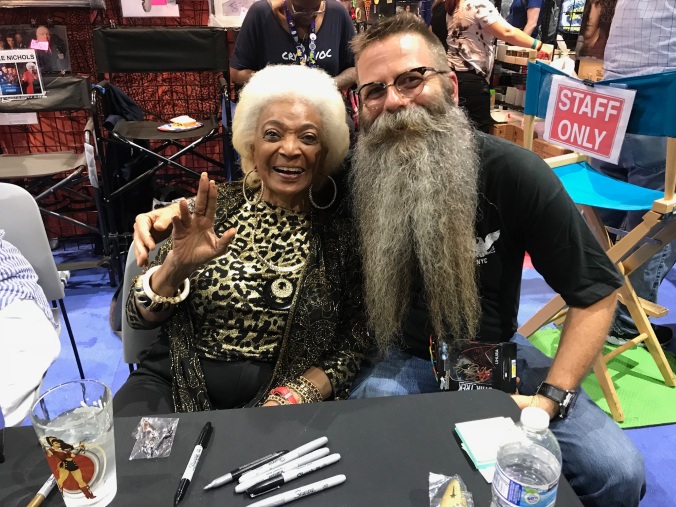 Followed by a final Vulcan Salute 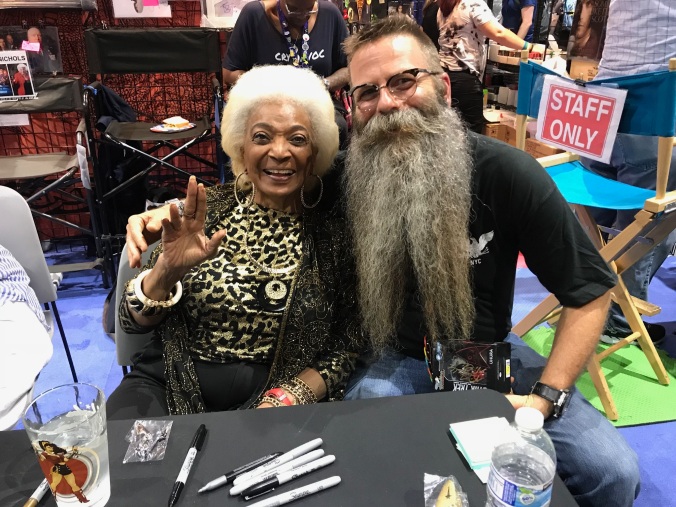 Live long and prosper. Fearsome Beard with one of his idols Nichelle Nichols.

She adored Fearsome and wouldn’t let go of him. I adored her. A beautiful, beautiful woman.

As seen in my hand in the photos: 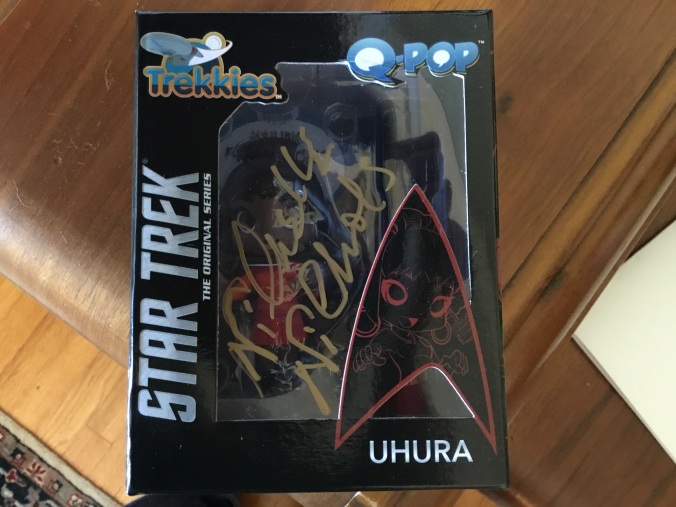 Scene out on the street

Jason’s (he doesn’t know it yet) future Daddy 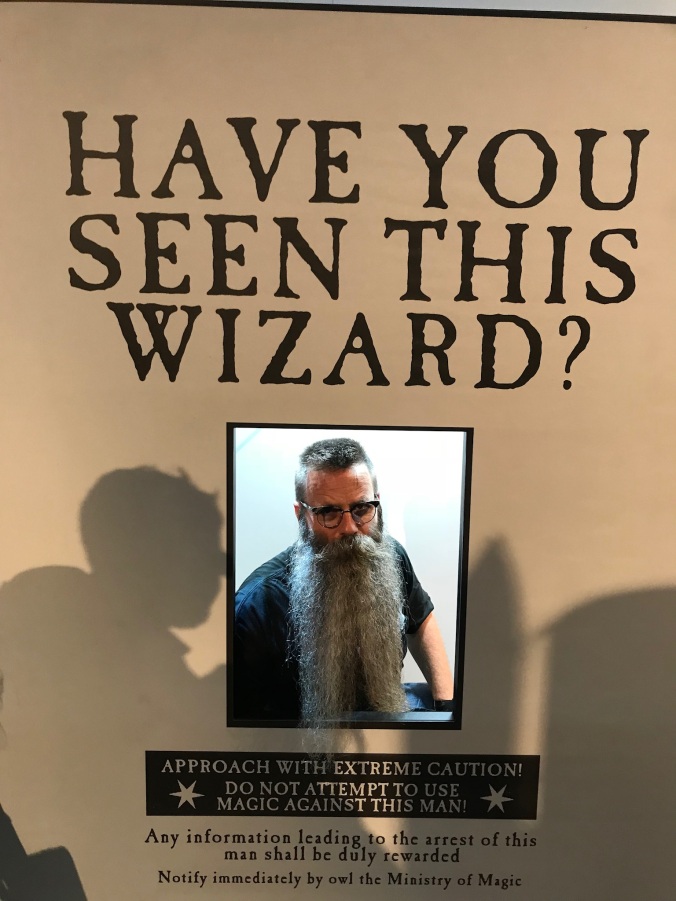 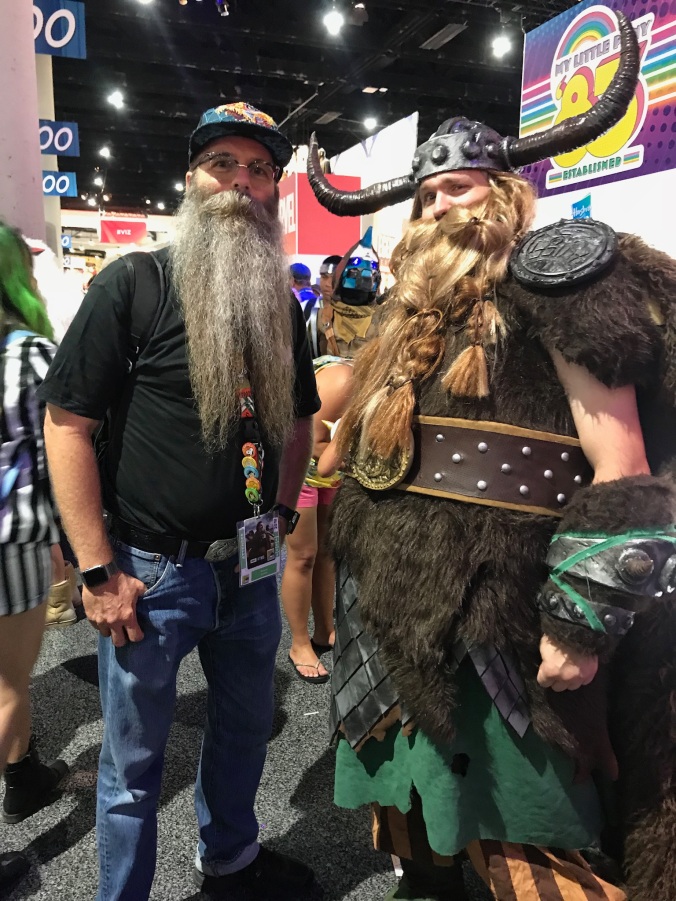 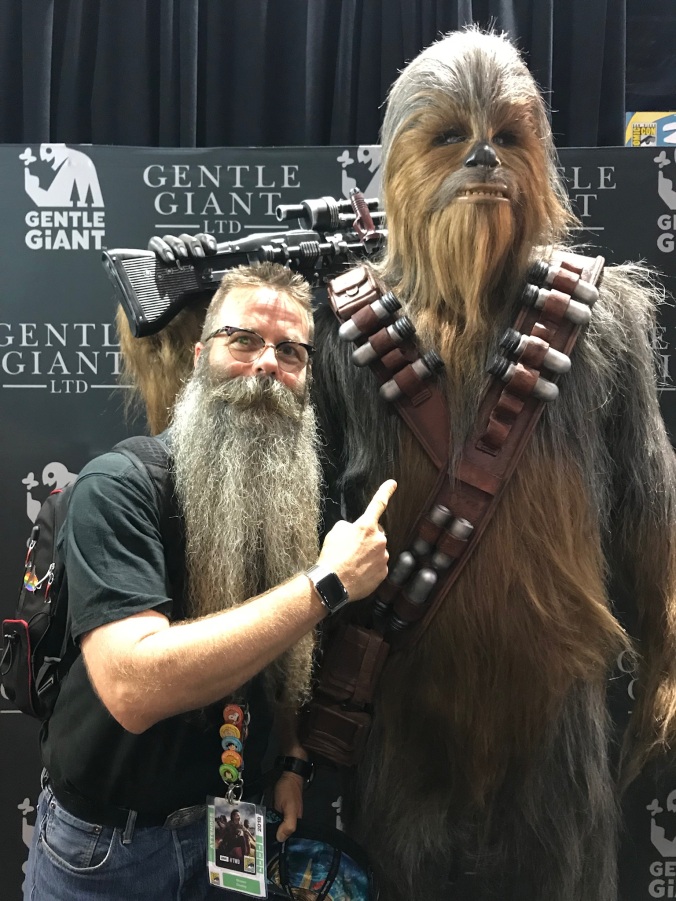 Fearsome himself in pink 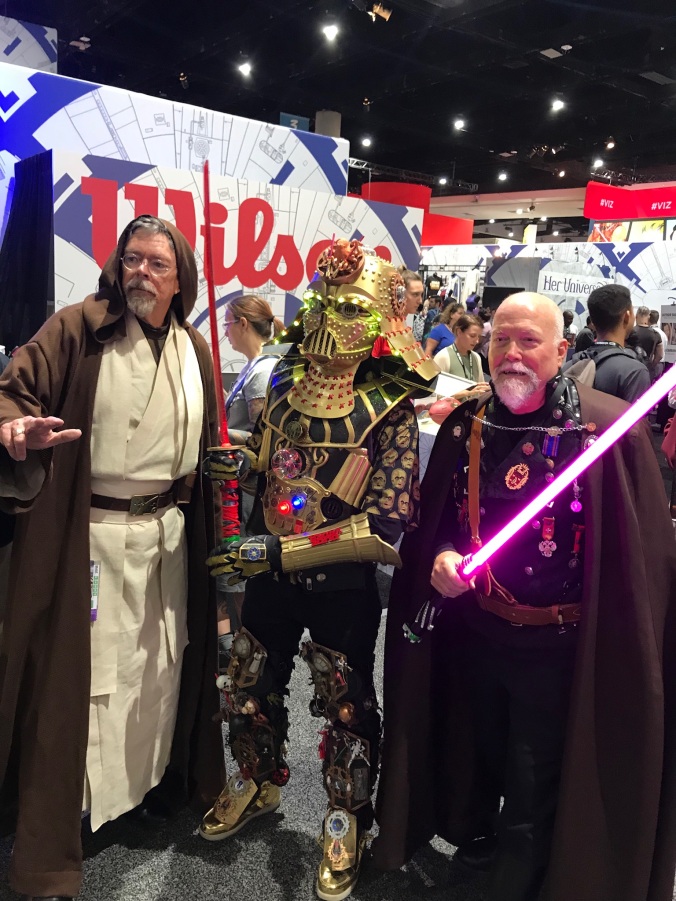 In a galaxy far far away 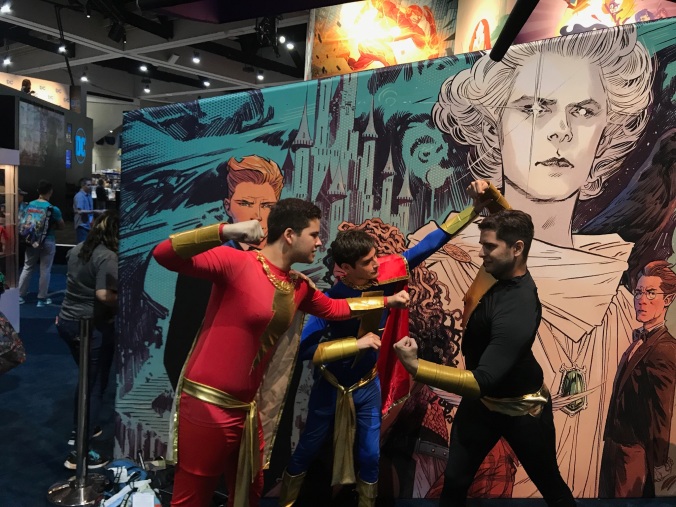 Artists panel, Fearsome and I got tips of painting for eefectiveness and mood through use of light 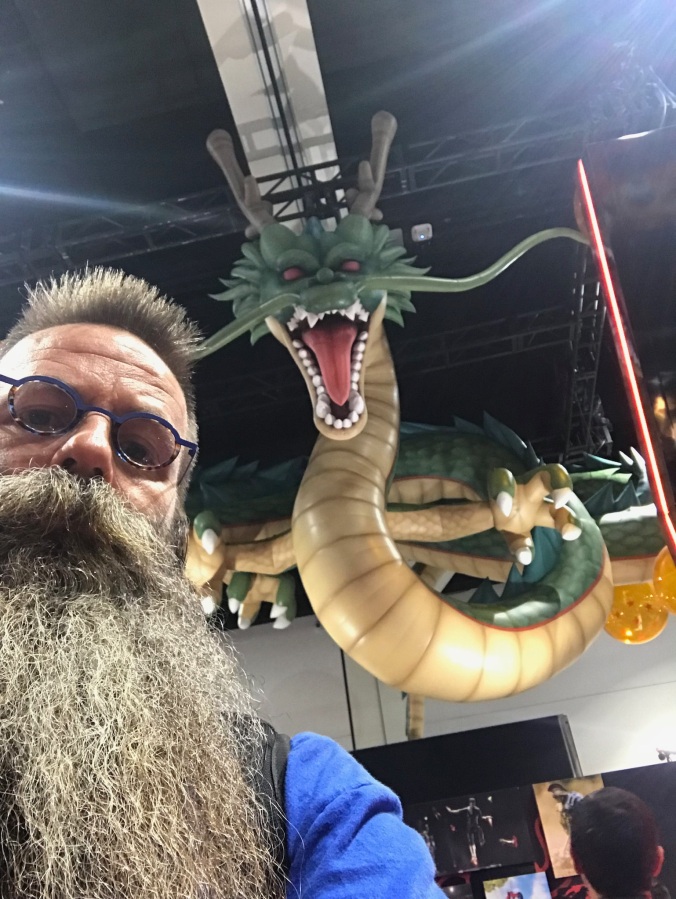 Is that a dragon over my head? Or is the ceiling just happy to see me?

Dammit, it’s just a dragon but a big one! 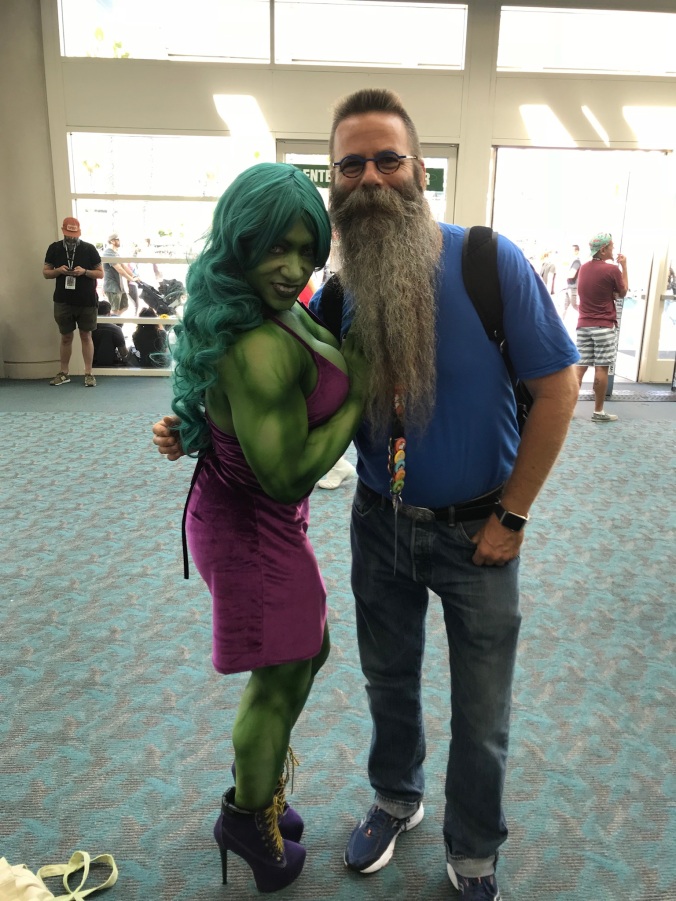 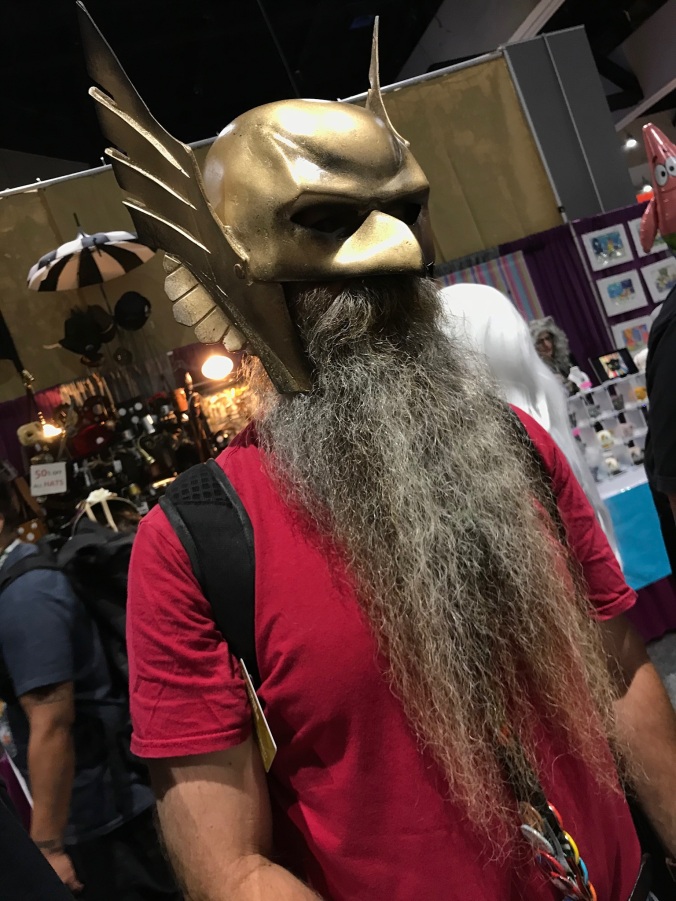 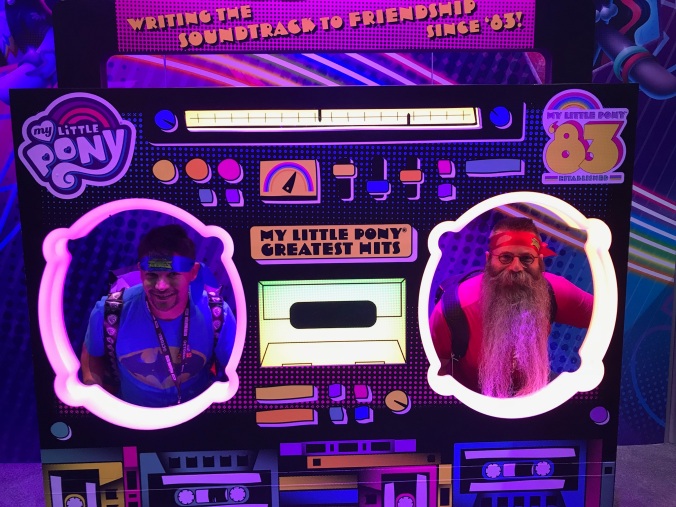 With the nephew in the My Little Pony booth 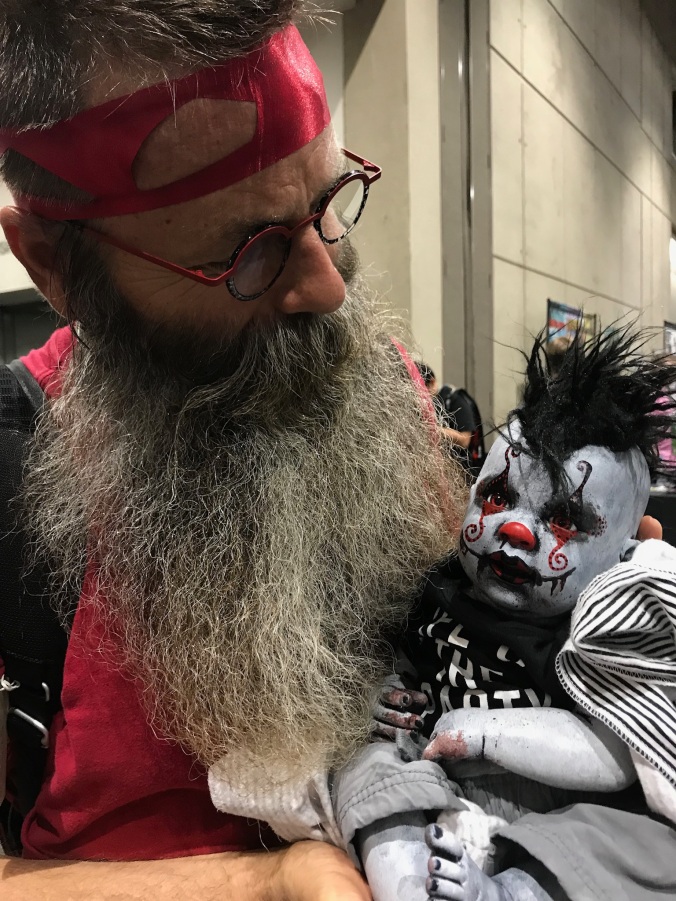 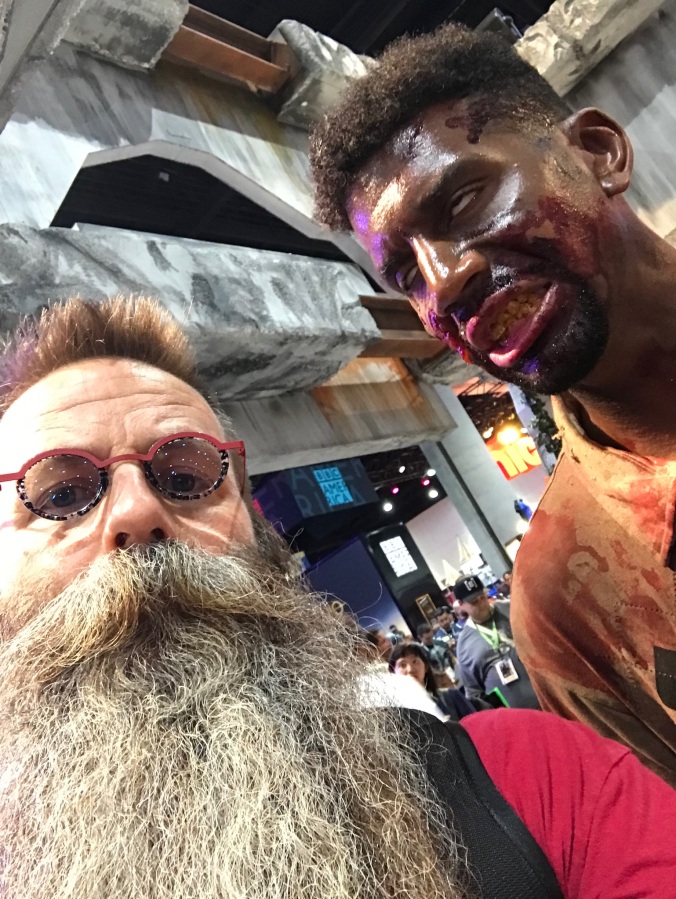