Twenty five years ago today I was on vacation in Key West. I was there with my roommate Scott and a good friend named Bobby. We were staying at Alexander’s Guest House on Fleming Street. I was in room number 2, a wonderful room on the front of the 1880s Victorian house that was Alexander’s.

That week we spent our days lounging in the sun, recovering from the night before,  roaming the quaint streets, eating and shopping. At night we were always out on the town in and out of the numerous bars of Duval street. Every night ending up at The Copa, a converted 1920’s Art Deco movie palace that was now (1990) one of the hottest discos in the states.

At that time in my life I frequented Key West. All through the late 1980’s I made the trek to Key West about 4 times per year. So much so the doorman at The Copa asked me if  I had a place there. The Copa was a special place for me. In my world I made it the disco that I had fantasized about in the late 1970’s that I was too young to experience. As the seasons changed The Copa did as well. There was always a new theme, new dance hit premiers, guest DJs, guest performers, as well as never ending loops of porn at the balcony bar. Yes the movie palace had a balcony which was now a place to catch a moment away and watch the dance floor below.

Yes I was Lola from Barry Manilow’s “Copacabana”. Twenty five years ago tonight I did not know that Rico was about to enter my life. The difference between Lola and I is that my Rico wasn’t killed, and I’m not still on that barstool with faded feathers in my hair and unfortunately The Copa burned to the ground a few years later.

On that Saturday Night 25 years ago, with my traveling companions Scott & Bobby in tow, we made our way into The Copa probably around our usual 11:30 pm as the crescendo was building. Somewhere after midnight with the energy building the whole place went black and silent. Unusual for this club. Suddenly, with the first thump of a song, cobalt blue pin spotlights hit dancers on the boxes, bars and old stage. This unfamiliar tune that was pumping through the speakers into our bones was entrancing. The dancers started to move, but they were posing not actually dancing. Then the video hit the big screen, yes it may have had a dance floor but it was a movie theatre before and the big screen was still there. It was the premier of Madonna’s Vogue. The freaking place exploded.

We danced the night away, drank more than our fair share and each found a gentleman to take back to our rooms to “keep us warm”. After all the next day was Sunday, we were in Key West on vacation, we were in our twenties, gay, single and we didn’t have to do anything until time for Tea Dance the next afternoon.

Sunday came. I can’t tell you much about the day other than I’m sure we shared our stories from the night before and raved about the experience of Madonna’s Vogue premier. Sunday afternoon we made our way to La Te Da ( La Terazza De Marti’) for afternoon Tea Dance, a Key West must. From there we would go to Tea By The Sea at Atlantic Shores and onto Duval Street and The Copa for yet another night of three single guys on vacation debauchery. Little did I know my world was about to change.

I drifted away from Scott and Bobby at Tea Dance. I wanted quiet to think. I made my way to the top of La Te Da. A widows walk about four stories up. A small observation deck where you could watch the dance floor below. I chose to look out the other side, over Key West Victorian rooftops to the Sea. I became calm. I made a decision. I decided that I didn’t need another man, a relationship to make me whole. I let go of the pain from the break up six months before. I made peace. I decided that my own happiness and security was up to me, not someone else. I felt calm.

Today that man is my better half, my legal husband. Legal husband? In 1990 that was not even a fantasy. We have a home, six dogs, a wonderful family on both sides that loves us and supports us. We have careers, retirement plans, investment properties and most of all we love each other, care for each other, support each other and we laugh… A lot. 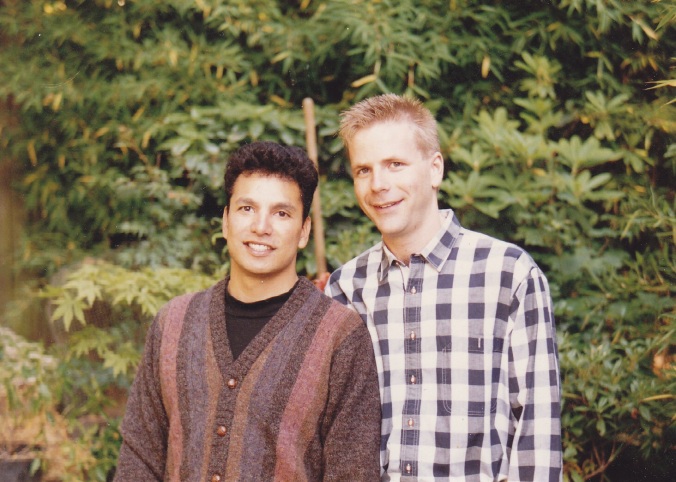 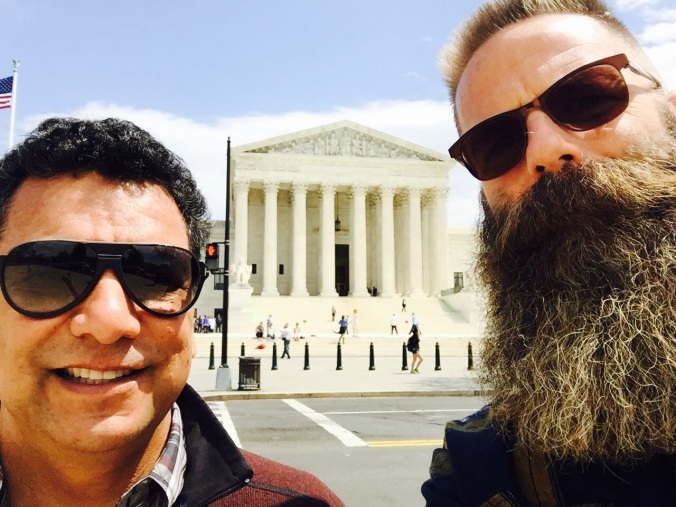 Last week in front of The Supreme Court of The United States, two legally married men about to celebrate 25 years together.